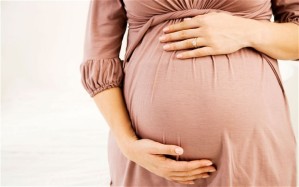 So now I was pregnant with a job and two daughters of my own and I was happy but a little bit nervous … not of pregnancy and birth, I loved both of my pregnancies, but of what people outside our supportive family and a few close friends would think. I made a decision early on to tell others like parents at the school that I was being a surrogate for my sister, not in any way through shame but through fear that the press would get hold of the story and hound us due to the fact that we were the first people in the UK to do this. My pregnancy went well with no problems at all.  Steven and Ivan, despite the distance, came to every ante natal appointment and scan, plied me with vitamins, and checked on me daily by phone.  They couldn’t have been anymore eo supportive or excited (at times I was glad they lived a couple of hours away or I’m sure Steven would have been a pain with his excitement if he lived nearer).

Once we knew we were having a boy and they chose the name Wil I used to talk to my tummy and explain that auntie Lorna was his tummy mummy and he had two special daddies waiting to meet him. when I went into labour we called the boys so they could come down to Sussex and be near enough to come quickly when labour was more progressed and bubbas arrival imminent. After a bit of a false start labour progressed well and the home birth I had decided on was going like a dream. When it got to the pushing stage I decided it was time for Steve and Ivan to come to the house but not in the room yet … I am quite shy and was not ready to loose all dignity. After several hours of pushing and walking up and down stairs and trying various positions it became clear that this baby was in need of a helping hand. The midwives went downstairs to tell the boys what was happening and arrange an ambulance. I was on my own and thought right you best get sorted out for hospital … just as I was trying to get up I had a massive contraction and pushed with all my might .. and Wil’s head was born. Too tired to even call anyone I just laid there for a few minutes and the midwife came in and shouted to the other midwife “stop the phone call we have a baby”. At that moment I just wanted Steve and Ivan there but the midwife wanted to get him safely fully delivered first.

Once he was born Ivan cut the chord and they held him it was a beautiful moment. As planned I kicked them out into the other room while the placenta was delivered and I got tidied up a bit .. then I got to have a cuddle with my beautiful nephew Wil … all 9lb6 of him … happy but tired xx

4 thoughts on “Tummy Mummy…Time to Push”